The reality is, you aren’t really over it. Most of us who were on Transformation.com and left have bumps and bruises to the spirit. The bad thing is those bumps are hard for others to see. The expectation is that you walk away and that’s it. You have removed the source of the problem, things go back to normal, you eventually feel better.

But you don’t. You know deep down that something is off. That something manifests in a variety of ways. For many it’s an extra 10-15 pounds that you cannot shake. It’s a wince when people suggest you try working out. Heaven forbid they suggest you use Body for Life. You were doing so well before things imploded. You knew that Body for Life worked and now it doesn’t. Or maybe you refuse to even consider the program. You refuse to give Bill power over you in any way, shape, or form.

Right. He’s got no power over you. That’s why Body for Life, Right Light, and Transformation are all words and phrases that make you wince. 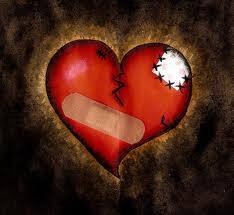 You’ve got a ding to the heart. Most of us have them in varying stages of healing. This ding happens to be making it tough for you to push yourself back to a level of fitness you consider acceptable. Let’s face it, one reason Body for Life has been so popular is because it works. You can make significant progress quickly. You can see results. Combine that with a supportive community and it feels like you are truly unstoppable. Now that’s missing. You try to find something to replace it, but other online communities have you gun shy. How do you know there’s not a threat if you engage others?

Deep in the back of your mind there’s a little voice that is nagging you. It keeps taunting you. Over and over it repeats, “without me, without my program you are nothing.” Stupid voice sounds an awful lot like Bill Phillips.

Yeah, you’re over it.

Words alone don’t move you forward. You can say it’s over and done as much as you want. Without matching actions to words, you stay right where you were. You spin your wheels and slowly dig deeper into the muck in your head. 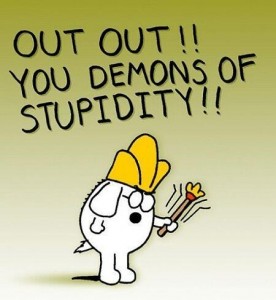 So let’s exorcise a demon here. Bill Phillips on the cover of Body for Life isn’t your own personal boogey man. He’s a construct, a marketing gimmick, and a representation of a game changing approach to fitness and health. He’s as real as Mickey Mouse. He’s not the same guy as the man who belittles and berates. He’s not the guy who makes and breaks promises like they are going out of style. It’s not him, and he’s not it.

There is good stuff in that book, and I challenge you to start using it again to help you truly move forward. Be brave, and reclaim something you thought was lost.

Quest 1– Grab a piece of paper. Set a timer for 15 minutes. In the middle write FUTURE in big old letters. Start off the timer and dream again. Where do you want your future to go? Anything goes here. Travel. Relationships. Impossible jobs. Things you don’t dare to hope for. Write them down. Just let it all flow.

I ask one thing: Write for the full 15 minutes. Even if you are struggling. Keep going. Tap back into the hope that helped you move forward before. I don’t care how crazy it sounds. Write it down. This is for you and nobody else. Keep going.

This kind of dream mapping predates Bill by years. It’s a technique that has widely used by millions of people to help plan out the next step. He did not invent it. He just introduced you to the idea. It’s a great tool to help you unblock and see what you may have been ignoring in your life. 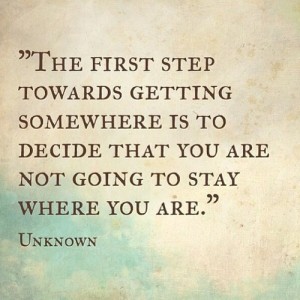 All done? Awesome. Now fold it up and go put it somewhere safe. Just for now. Let those dreams roll around your head for a bit. The bit is going to vary from person to person. Enjoy the positive vibes, that little thrill at the thought of reaching for something, that little tickle of fear as you wonder if you can. Enjoy those feelings.

Share
This entry was posted in The Present. Bookmark the permalink.

2 Responses to Exorcising the Demons